What’s one of the things about body fat that most people believe is true? How about this one: Muscle burns more calories than fat. While yes, our skeletal muscle does burn more calories every day than our body fat does, it’s not as notable as you may think. It’s really a surprisingly negligible difference when you’re talking about how many calories are consumed for energy while you’re just sitting around. The calories the body needs just to take care of its survival is called our resting energy expenditure, and when you’re not exercising or expending your energy, your fat tissue burns two calories for every pound of your total body weight — but your skeletal muscle burns just six calories per pound [source: McClave].

What does consume the most energy every day is the brain. It gobbles up about 20 percent of the calories you burn, which is amazing when you consider the brain accounts for only about 2 percent of your body’s total weight [source: Ray.] And despite the fact that they make up only 5 percent of the body’s weight, the heart, liver and lungs combined consume the most energy, about 50 percent [sources: McClave, Ray]. So while muscle tissue burns more calories than fat, it’s still a relatively small percentage of the body’s overall calorie consumption.

What are other common beliefs about body fat? That muscle weighs more than fat? That, inevitably, the mid-life spread will get us all? As the majority of Americans, 69 percent, are overweight, and more than 35 percent are considered obese, maybe it’s time to bust some myths about body fat — from its relationship with our hormones to the best way to lose it. 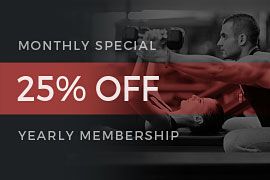